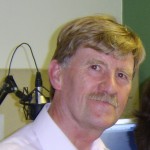 Heartbeat Radio was founded by Tony O’Hara in 1986. Tony was no stranger to the Dublin radio scene having worked on Radio City on Dublin’s Capel Street until the studios were destroyed by fire in 1983. Over the next three years Tony silently worked on his pet project, a Love Song radio station for Dublin.

Initial test broadcasts were heard across Dublin in November and December 1986 on 95.5 MHz Dublin’s love song station officially opened on Saint Valentines 1987 with this short announcement “on 95.5fm, this is Heartbeat at 12midday”. The station became an instant hit with the female population of the city most especially with Dublin housewives.

Over the next ten months Heartbeat continued its format of non stop love songs however a change of direction was on the horizon. 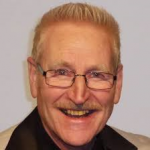 In late 1987 former Radio Nova and Sunshine 101 presenter Laurence John was contracted as the stations new programme controller and straight away he set about giving the station a major face lift. New equipment was purchased which included a new mixing desk, Cart Players and the newest technology  at the time, CD players. The studio was completely rebuilt and the transmitter site on Dublin’s Three Rock Mountain was up-graded. 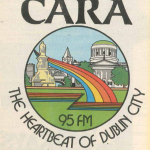 The new stations format was still very laid back but there was now more up-tempo music on the station as well as a news service. Cara 95FM was a more professional and well put together station then Heartbeat and the line-up even included the American syndicated oldies show “Rock, Roll and Remember” Presented by Dick Clark.

Although the station sounded very professional the station never caught on with Dublin listeners.  Almost from the start listeners of Heartbeat complained about the new station. It was becoming clear to the owners that maybe Heartbeat had been more popular then they knew. The new station was also failing to attract advertisers to the service and this along with staffing and management problems slowly began to effect the struggling station.

After just four weeks on the air the management decided to revert back to Heartbeat and so the “Good Music” experiment came to an end.

With the departure of Laurence John and the return to Heartbeat the station entered 1988, Dublin’s Millennium year, with its popularity on the rise. The professional American voice over jingles were remixed to suit the Love Song format. Over at rival pop music station Q102, Bill Cunningham had joined the station and introduced an American “Less talk More Music” format. As a result of this robotic style format more and more listeners were tuning to the Love Station, Heartbeat FM.

In March, to highlight the Millennium celebrations, RTE the Irish state broadcaster launched Millennium Radio on 88FM. The format and style of this temporary service was very similar to that of Heartbeats but the station failed to make any dint in the rising number of people tuning into Heartbeat on a daily basis. In June 0f 1988, Minister for Communications Ray Burke T.D. announced plans to regulate the airwaves with the introduction of a law banning un-licenced broadcasters and introducing a framework to oversee the introduction of licenced services across the country.

While the politicians argued over the wording of the proposed new law, radio continued as normal. With popular shows such as John Keoghs “Our Song” and Tracey Evans “Lonely Hearts club” Heartbeat continued to attract listeners disgruntled with the constant non-stop music of the bigger stations. In the summer radio ratings survey of 1988 Heartbeat was confirmed as the third most listened to radio station in Dublin with a 12% listenership behind pop music stations Sunshine 101 and Q102. Over 300,000 listeners tuned to Heartbeat each day.

In October of 1988 the long awaited Independent Radio & Television Commission was appointed by the Communications Minister. The Commission was to be headed by former Supreme Court Judge, Justice Henchy. The Commissions job would be to examine all the applications for radio and television licences and to award contracts to the most suitable applicants.

Heartbeat made a submission to the Commission and was invited to make an application for one of the Dublin commercial radio licenses. All applications had to be delivered to the Commissions offices by January 20th 1989. It was also announced that all un-licenced radio stations had until midnight, December 31st to cease operations or face fines of up to £20,000 and or two years in prison.

Heartbeat on the move

During October and November of 1988 Heartbeat FM did a series of outside broadcasts from Superquinn supermarkets in Bray, Swords, Finglas, Walkinstown, Sutton and various other locations around the city. 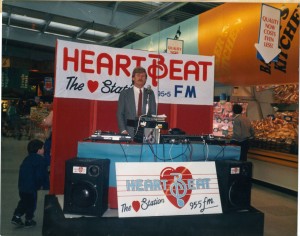 In light of the introduction of the 1988 wireless Telegraphy Act and with a view to securing one of the proposed Dublin radio licences, it was decided that Heartbeat would comply with the Government order to cease transmissions by December 31st. The Final Countdown by Europe was used in the promo that announced that the station would cease broadcasts at Midnight Friday December 30th. On occasion after the promo had aired the presenter would come on air and announce the number of weeks that remained and these weeks soon turned to days which in turn became hours. 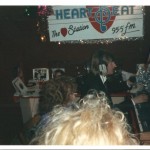 On Friday December 30th 1988 one by one the Heartbeat presenters presented their last shows and dropped in on other shows to have a laugh and to re-count some memories of their time on Heartbeat. As the clock ticked relentlessly toward midnight it was left to station boss Tony O’Hara to take to the airwaves one last time. Not one to be rushed Tony made a point of thanking everyone who was involved in the Heartbeat experience. Finally at fifteen minutes past midnight, on the 31st of December 1988, Tony said goodbye and the stations theme tune, On the Wings of Love by Jeffery Osborne was played for the very last time.

In early January the consortium that had been put together to apply for a license was informed that it had not been successful in its attempts to make the applicant short list. The studio equipment was sold off and many of the station staff gained employment on the many new local stations opening up around the country.

Since the closedown of Heartbeat on that last day of 1988 there have been many attempts to put Heartbeat back on air. The most successful of these attempts was the 1997 -1999 un-licensed run in Dublin.  Despite the number of licensed stations on air in Dublin, Heartbeats slow, mellow, laid back style was an instant hit. The station was almost as popular as it had been ten years previous. Again the station closed down after the Independent Radio & Television Commission announced that they would be seeking application for a new easy listening radio license that they intended to advertise for Dublin city.

Again the application did not manage to make the short list. 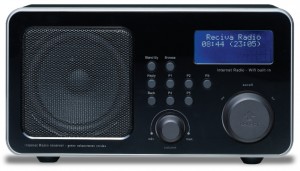 By 2008 it had become clear to the management of Heartbeat that internet streaming was the future for not just Heartbeat, but radio in general. Tony, who had been joined by Joe Doyle and Chris Adams for the 1997 Heartbeat run, turned to Joe and Chris again and work began on an internet stream for Heartbeat. It became know to the management team that there was already a Heartbeat stream that was announcing that it was the original Heartbeat from Dublin so it was decided that a web site was needed so that people knew that our stream was the Original Heartbeat.

At the beginning of 2009 the idea of a Temporary License run was first looked at. The station stream had become so popular it was felt that a limited license run was a great way to test the stations growing popularity. 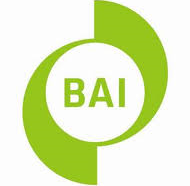 In early 2010 a license application was submitted to the Broadcasting Authority of Ireland (BAI) for a thirty day Temporary Broadcasting Contract.

The original on-air date had been September but this was changed to October to allow for suitable frequency allocation. It was decided to split our allocation of thirty days to ten, three day, weekends. The station would come on air at Midnight on a Thursday and close at Midnight Sunday.

At the beginning of September 2010 the BAI informed the stations management that our application for a Temporary license had been successful and that we had been allocated 88.1Mhz FM as our operating frequency. The stations on-air date was now October 8th 2010. 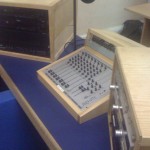 In early October work began on the Heartbeat Studio which was housed in an office block in Dublin’s city centre. Many of the Heartbeat presenters from the 90′s and 80′s were contacted with a view to their return. 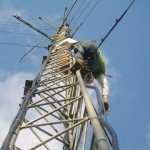 Work also began on a transmitter site on Saggart Mountain west of the city. Our station engineer worked around the clock to make sure that Heartbeat was ready to commence broadcast at midnight October 7th. Everything was set and the countdown was on. In the studios work commenced on our music collection. Terms of our license meant we were only allowed to play music from the 60′s, 70′s and 80′s so careful selection of the music we would be playing was very important. We had hoped to be able to use our old jingles from our 80′s station but because we had been allocated 88.1 and not 95.5 (unavailable) it made their use pointless. We decided however to have them remade and in some cases reworded by an American Voice Over artist. Everything was falling into place. Our production manager went to work on little surprise for our opening day and it was also decided that, as was the case in 1987, we would commence live programmes at midday.

At midnight, October 7th 2010 a blank stereo carrier appeared on 88.1fm across the greater Dublin area. Shortly after appearing on air the carrier was modulated by the voice of Mike Williams announcing “This is a test transmission for Heartbeat FM, live programmes commence at midday”. Throughout the night non-stop love songs were aired along with Mikes announcement.